I have a client who has been working very hard to grow her business and her income. You know what that’s like. It’s not easy. You get excited about buyers, who end up deciding not to buy, or suddenly announce they are working with another agent. Or you leave a listing feeling confident you’ll get it, only to see a competitor’s sign in the yard a few days later.

My client was in this frustrating stage of her business growth when she had a family gathering to go to. A well-meaning relative asked, the moment he saw her, “How’s it going? Do you have any new clients?”

To make matters worse, he asked her in front of a bunch of other people. She couldn’t ignore the question, but she didn’t want to answer it either. Finally, she said, “No new clients, but I’m working hard to prospect for some.”

No one likes to admit their business has gone stale, even if it’s temporary.

Here’s where a life coach comes in. Especially one that has been in the real estate business for over 25 years and understands her pain and frustration! Here’s what I told her:

Naturally, we get embarrassed or angry at certain questions or responses we get from others. It’s really easy to make their comments “mean” something about us. My client made the relative’s comments mean that he didn’t think she was working hard enough or doing a good enough job getting new clients and getting her business off the ground.

The truth is, her relative was responding because of what he was thinking and feeling. Not because of her situation.

In my client’s situation, her relative was genuinely concerned for how her business was doing. He’s genuinely concerned about her ability to support herself financially. That caused him to ask the question. That’s totally about him, what’s important to him and what makes him fearful. It doesn’t have anything to do with my client.

Every time you can self-coach your way through a hurtful or irritating comment from someone else, you free yourself from the negative interpretation you would otherwise associate with it.

I want you to try this. Right now:

Try it out. I’m sure something will be said today that pisses you off or hurts your feelings. Go through the quick, but effective, five step process above and see how much freer and happier you feel! Notice how much easier it is to dismiss what was said or come up with a creative solution because you’re not wasting your energy being angry, hurt, justifying or defending yourself.

Let me know how it goes! I’d love to hear about your situation and your insights once you stopped taking it personally.

Brenda Florida has over 20 years of real estate experience, as a salesperson, manager and leader. Brenda is also a certified life coach. Her passion is combining her sales and leadership experience with her life coaching skills, to help others improve their businesses and in doing so, improve their lives. You can find out more about Brenda, her programs and coaching at www.BrendaFlorida.com
Tags: daily positivity daily psychology don't take it personally positivity real estate tips realtor training sales psychology sales tips sales training
Interested in similar articles? Click here. View Post →
We’ve all had that one problem client. You know the one. The transaction that was nothing but frustration and took up WAY too much of your time, leaving you thinking… “they couldn’t pay me enough to do that again!” Along with the annoyance, something you might not have even considered is how much a challenging client can cost your business both in the short and … View Post →
Here’s a very cool system for reactivating old clients, generating referrals, and building your Power List. Many agents have a drawer full of old clients they simply forgot.  Life gets busy and before you know it, it’s been months (even years) since you last contacted some of your clients. That’s why we created the “Re-Acquaint Letter System”… This is an easy way to get back …

The “One Way” To Succeed in Real Estate 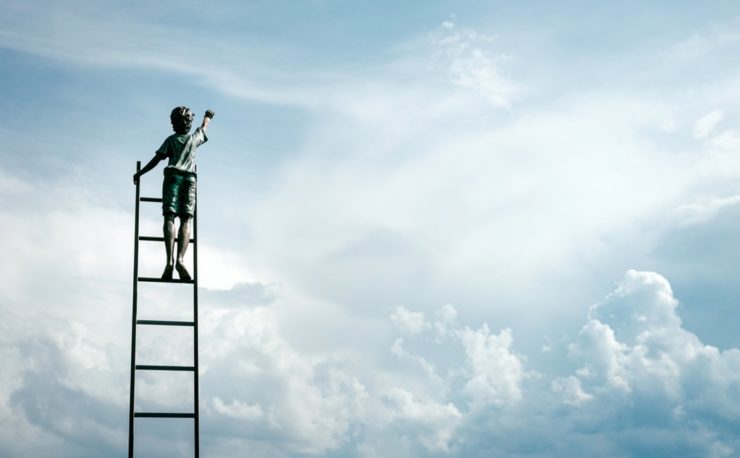 View Post →
I once had an agent ask me if I knew just one real estate system or marketing strategy that was so powerful you could get 500 clients from it. My answer was, “I don’t know one strategy that will get you 500 clients, but I know 500 strategies to get one client.” One Magic Bullet? There really isn’t “one” way to succeed in real estate …

Top 5 Ethical Real Estate Considerations That Apply to Life, Too View Post →
Here at AIC, we’ve often talked about how your goal is to be the “known, liked, and trusted” figure and friend in your clients’ eyes. Establishing that trusted relationship means that people can turn to you for good advice, professional knowledge, and even just a friendly face. While it’s important that you maintain an ethical standing in all parts of your life, it’s especially important … View Post →
We’re all looking for options to get new business. Especially when it comes to creative strategies that few other agents are using (that cost little to no money). So when I heard about this, I had to bring it to the group. You’ve probably heard of “For Sale By Owner” (FSBO) – we even covered it in last week’s article – but have you ever … View Post →
FSBOs are one of the hardest groups to market to, appeal to, talk to, and get listings from. They’re very resistant, as they’ve made up their mind that they don’t need the help of a Realtor to sell their home. They think they’ll get to keep the commission they would have paid. So when you market to them, you have to do it sort of …